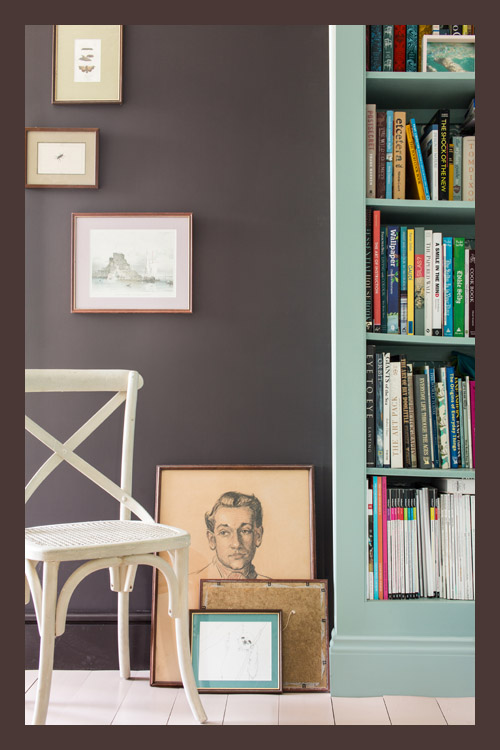 Although we are craving lighter, paler tones in 2015, darker tones remain best where natural light is lacking. Create darker, dramatic spaces with Tanner’s Brown, and at the same time make other areas feel lighter in comparison. This earth brown feels totally timeless and has an artisan feel to it. It is best used on the skirting boards as well as the walls, to keep it grounded and to prevent a light line around the bottom of the room, which can look hard. For a smudge effect use Dead Salmon on other woodwork and Joa’s White on ceilings. Muted Oval Room Blue looks magical when used as an accent colour.